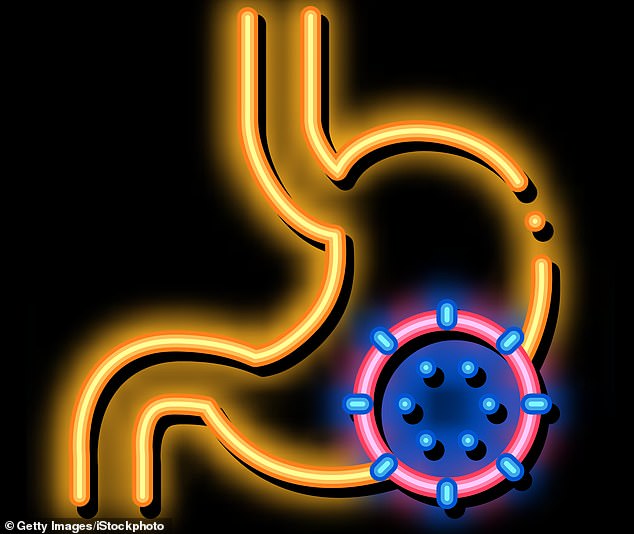 Why taking gut bacteria can boost your Covid recovery

They’ve been linked to everything from the risk of developing type 2 diabetes to depression, and now it appears our gut bacteria may be battling Covid-19, too.

Taking a capsule of probiotics, designed to increase the number of beneficial bacteria in the gut, can speed recovery from coronavirus, according to a new study.

Probiotics are over-the-counter pills and drinks believed to boost the gut microbiome, the complex gut “soup” made up of trillions of bacteria, viruses, and fungi.

A growing body of evidence shows that having the right mix of gut bacteria can boost the body’s immune defenses.

For the latest research, half of a group of 300 Covid patients aged 16 to 60 who tested positive in a PCR test but did not need hospital treatment received a capsule of probiotics, while the other half received a placebo.

Probiotics are over-the-counter pills and drinks believed to boost the gut microbiome, the complex gut “soup” made up of trillions of bacteria, viruses, and fungi.

The results, published in the journal Gut Microbes, showed that 53% of people on the probiotic (78 out of 147 in this group) cleared Covid symptoms within a month, compared with 28% (41 out of 146) on placebo. .

Ten years ago, researchers in the Netherlands discovered that lactobacilli, present in dairy products, produced substances capable of communicating with nerve cells and reducing the chronic inflammation associated with many diseases.

Previous research has shown that people with Long Covid have low levels of lactobacilli in their intestines, which can lead to inflammation throughout the body.

The new study, sponsored by Kaneka, the company that makes the supplement, found that those who took the bacterial capsule not only recovered faster, they also had a lower viral load – the amount of virus circulating in their system.

“It’s encouraging and it appears to be a high-quality, well-conducted trial,” says Mary Hickson, professor of dietetics at the University of Plymouth.

Philip Calder, professor of nutritional immunology at the University of Southampton, explains that probiotics “can alter” the gut microbiome. “Thanks to this, they could help the immune system to function and limit inflammation”. And Tim Spector, professor of genetic epidemiology at King’s College London, says healthier diets and probiotic supplements are likely to improve microbiome health.

“The greater the diversity of bacteria in the microbiome, the more efficient the immune system,” says Professor Spector.

But can a daily supplement really beat Covid?

Commenting on the new study, Professor Andrew Smith and Dr Paul Gill, experts in microbial diseases at University College London, warned in an online post: “The study excluded people over the age of 60 and n did not take into account whether the volunteers had been vaccinated or not.

“So we don’t know if probiotics provide any benefit to those most at risk of severe Covid.

“And taking probiotics may be inappropriate for people with weakened immune systems due to the potential increased risk of infection from consuming large amounts of live bacteria.”

Health apps with an official seal of approval. This week: Hey pharmacist, free on Google Play or the App Store.

The NHS-approved Hey Pharmacist app allows patients to order repeat prescriptions from any pharmacy in England and have them delivered to their doorstep.

After downloading the app and submitting a prescription request, it is checked by your GP and delivered within days. The app can also issue reminders to order another prescription when supplies are low.

How sugar could save artificial joints from wear and tear

The sugar is used to ensure that the replacement seals last longer.

Researchers from Durham and York universities are working on a plastic-based coating to replace cartilage in artificial joints and have added tiny rings of sugar to it to help the protective material adhere to the joint.

The coating also encourages water from surrounding tissue to the surface, mimicking the lubricating function of real cartilage.

Writing in the journal Chem, the scientists suggest this approach may help artificial joints last longer because it works by “reducing the effects of wear and tear”.

A new test to detect the risk of diabetes during pregnancy

A saliva test for a newly discovered hormone – visfatin – could be a new way to diagnose diabetes during pregnancy, according to a study published in the Archives of Endocrinology and Metabolism.

The researchers found that levels of the hormone were 50% higher in women with gestational diabetes, which occurs during pregnancy and usually goes away after delivery. Visfatin is thought to cause hypoglycemia – low sugar levels – by blocking the release of glucose from liver cells.

Researchers from Baskent University, Turkey, say saliva levels of the hormone “were significantly higher in patients with gestational diabetes” and suggest it could be a screening method alternative for the disease, which currently involves a blood test.

Exercise is known to improve mood, but scientists at the Swedish University of Gothenburg have found that you don’t have to be very intense to reduce anxiety. In a 12-week study, anxiety patients were told to do one hour of cardio (eg, lunges) and strength training (squats) three times a week. More than 10% could come off their antidepressants during the trial, reports the Journal of Affective Disorders.

Silver gel that accelerates the healing of severe burns

A new gel based on silver particles could revolutionize the treatment of severe burns in children.

Water-based gel particles are released into wounds in response to changes in acidity levels that occur during infection.

Although silver has known antimicrobial effects, it can also be toxic in large amounts, especially in children.

The idea is that the gel, which has been tested on mice, releases only the amount needed based on variations in acidity.

It can also speed up the healing process while preventing infection, according to a report published in the journal Acta Biomaterialia.

Botox injections can reduce the risk of anxiety, according to the journal Scientific Reports. Data from people who had injections for migraines, neck pain, leg spasms and cosmetic reasons showed they were 22-72% less likely to report anxiety than people who used d other treatments for the same conditions. Botox can affect the central nervous system, which is involved in mood.

Our fat stores can help fight infections, suggest researchers at the University of East Anglia.

In a study published in Nature Communications, they found that in the presence of salmonella, a food-poisoning insect, stem cells in the body’s bone marrow encourage fatty acids – made from the digestion of fatty foods – to out of our stores and into the blood.

Knowing more about this mechanism could lead to the development of new treatments.

Scientists who have made medical advances by putting their bodies at risk. This week: Dr. Barry Marshall and a cure for stomach ulcers

doctors used to think stomach ulcers were caused by stress, spicy foods, or too much acid, so they treated them with antacids and dietary changes. Then an Australian pathologist, Robin Warren, who was studying stomach biopsies, noticed that there was inflammation in areas with colonies of small, curved bacteria.

Based on their research, they suggested that the bacteria, which they would later identify as Helicobacter pylori, was the cause of stomach ulcers.

But after failed attempts to prove it in piglets in 1984, Marshall opted to drink broth containing the bacteria, developing symptoms of an ulcer.

Tests confirmed that he suffered from severe inflammation of the gut, which he cured with antibiotics – the way we treat stomach ulcers today. Warren and Marshall went on to win the Nobel Prize for their work together.

Flattering quotes in campaign materials? Cautious candidates, your opponent may link to this column