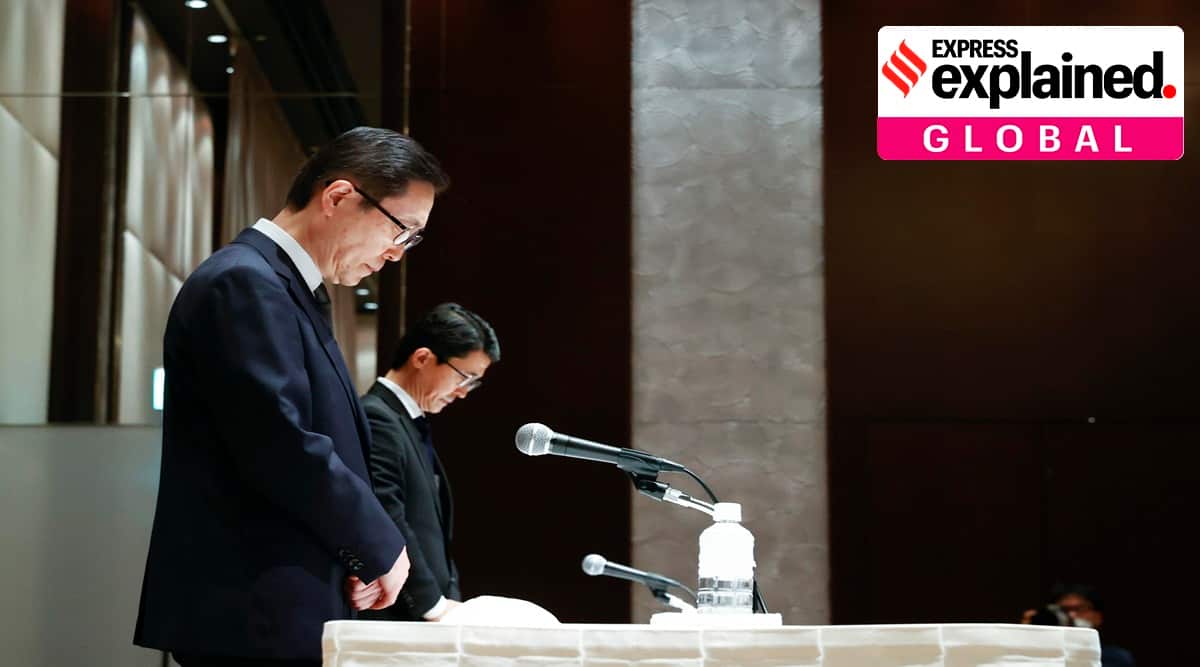 Tomihiro Tanaka, the president of the Japanese chapter of the Unification Church declared on July 11 that neither Abe nor Yamagami were members.

What is the Unification Church?

Officially known as the Family Federation for World Peace and Unification, the church was founded by the self-proclaimed messiah, Sun Myung Moon in South Korea in 1954. Followers of the religious organization are pejoratively known as “Moonies” and consider Moon and his wife Hak Ja Han their “true parents”.

Moon, who died in 2012, was a staunch anti-Communist and established relationships with conservative politicians around the world. After gaining a foothold in Korea, Moon began to expand the Unification Church in Japan and the West in the 1950s. The Guardian reports that the church’s connection to Japan is based on instability the country faced after World War II, when conservative leaders tried to prevent the spread of communism in Japan.

The religion’s main theological text is The Divine Principle, a new interpretation of the Bible, which states that at the age of 16, Moon had a vision from Jesus Christ, who told him to “finish the task to establish the kingdom of God on earth and bring peace to mankind”. The church claims to have 3 million members worldwide, with 300,000 followers in Japan.

Why is the church controversial?

Since its inception, the church has built a billion dollar business empire which includes a newspaper, sushi distributor, ballet troupe, expensive real estate, hospitals to name a few.

Controversies have surrounded the church’s shady financial dealings in the past. By the 1980s, the church had settled hundreds of lawsuits in Japan, which alleged church members convinced people to buy religious icons believed to contain spiritual powers. It was considered a major revenue stream, allegedly generating more than $400 million a year, according to The Washington Post.

In 1982, Sun Myung Moon was convicted of tax evasion in the United States and sentenced to 18 months in prison.

The Unification Church gained notoriety in the United States for performing mass marriages of thousands of people who were selected and matched by Moon. However, in 2001, Moon said parents would be allowed to choose their children’s partners.

Former members and newspapers have also accused the church of “brainwashing” young people into abandoning their families and following Moon, who is considered the “true father” of the faithful. The church also lost a libel case it brought against the Daily Mail in 1981, which published an article with the headline: “The church that breaks up families”.

What are the alleged ties between Abe’s family and the Unification Church?

The church established its chapter in Japan in 1959, a year before the end of the three-year term of Abe’s grandfather, Nobusuke Kishi. Kishi, who shared Reverend Moon’s anti-communist views, was said to have had ties to the Unification Church and helped set up a political organization closely associated with it, according to the Guardian.

Gentaro Kajikuri, former president of the Unification Church, reportedly claimed to have worked with Nobusuke Kishi on policy and legislative issues.

Former Prime Minister Shinzo Abe has also been criticized for his tacit support for the church. The Guardian reports that after he delivered a video message to the organization in 2021, lawyers representing people who claim to have lost money to the church, issued a protest letter against him. They also allegedly criticized Abe when he sent a telegram to a mass wedding of churchgoers in 2006.

Tomihiro Tanaka, president of the Japanese branch of the Unification Church, denied any formal connection to Shinzo Abe or his grandfather. At a press conference on Monday, he said Kishi took “no special measures or had any particular influence on the spread of religion,” as CNN reports. He also said that while Abe had been messaging at their affiliate events, he was not a registered member of the church.

In a July 12 press release, the church said, “Yamagami is not a member of the FFWPU (Family Federation for World Peace and Unification), and none of our records show any past affiliation. However, our own internal investigation can confirm that his mother is a member of the FFWPU and occasionally participates in church activities.

Lenovo Black Friday in July: Save on Legion Gaming PCs and Laptops