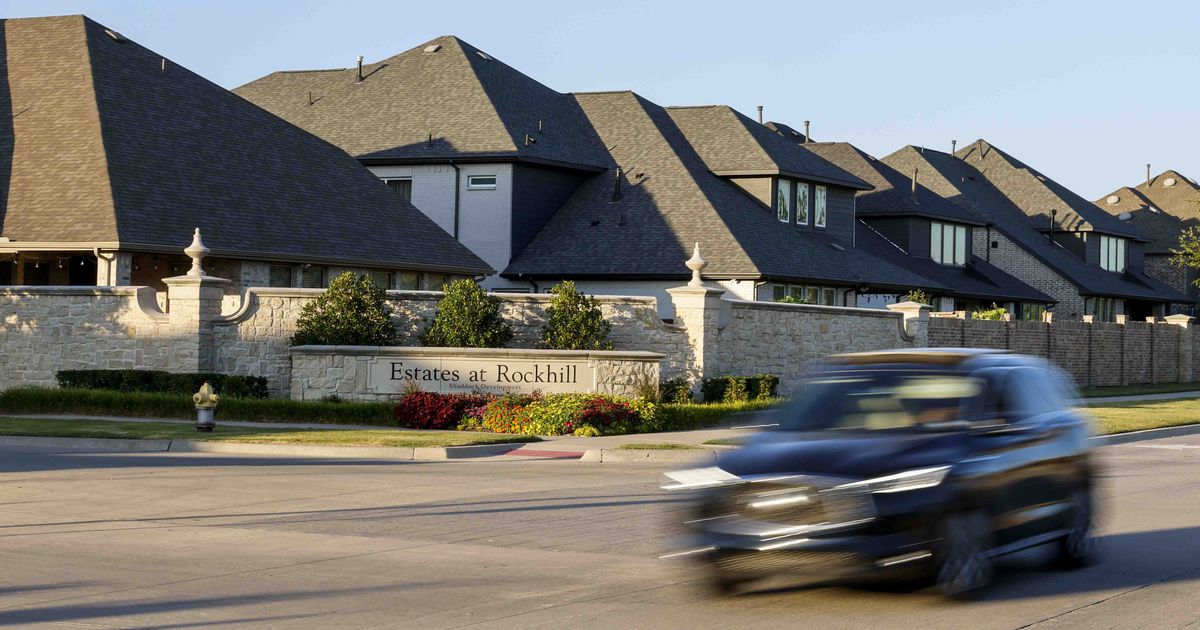 The U.S. Postal Service has approved a request for a ZIP code change for residents of Rockhill Estates, a Frisco neighborhood with a Little Elm ZIP code, according to a letter sent by the Postal Service last month.

Residents of the Rockhill Estates said they contacted the Postal Service to request a zip code change after years of lost mail and frustration at not being recognized as a Frisco neighborhood.

With a Little Elm postcode, residents said letters could take over a month to be delivered to their homes. “Little Elm” listed on their driver’s licenses also barred them from using Frisco city services, such as a recreation center or library, they said.

Frisco is one of the fastest growing cities in the country, and in May the median home sale price was $750,000. The Estates at Rockhill is on the northwest end of Frisco, west of FM423.

Resident Rishi Mohan said he received a notice in the mail on July 24 that the postcode request had been approved. The letter said the postcode for the neighborhood would be changed from 75068, widely recognized as Little Elm, Lakewood Village and Oak Point by the post officeto 75033, which is recognized as Frisco.

Carol Hunt, a spokeswoman for the Postal Service, confirmed Tuesday that the request had been approved.

The new ZIP code will take effect from August 27, according to the letter, and all affected addresses will see a change in the last line of the address from Little Elm to Frisco. It is not known how many addresses will be affected.

The zip code will connect the neighborhood to a post office at 8700 Stonebrook Parkway in Frisco, about 6.5 miles away, according to the letter.

Frisco Mayor Jeff Cheney said Tuesday that he and the Frisco City Council have stood with residents and their demand. Residents first contacted Cheney in 2019 to request the zip code change.

“We appreciate our partners who have worked diligently to make this happen, and we certainly appreciate the USPS for listening to our residents’ concerns,” Cheney said.

Cheney said that following the notice of approval, several residents reached out to him and his staff to express their gratitude after years of trying to make the change.

“It had created a lot of frustration, having a different post office serving them and confusion with people thinking they were in a nearby town,” he said. “And so I know this change will go a long way to alleviate some of those issues.”