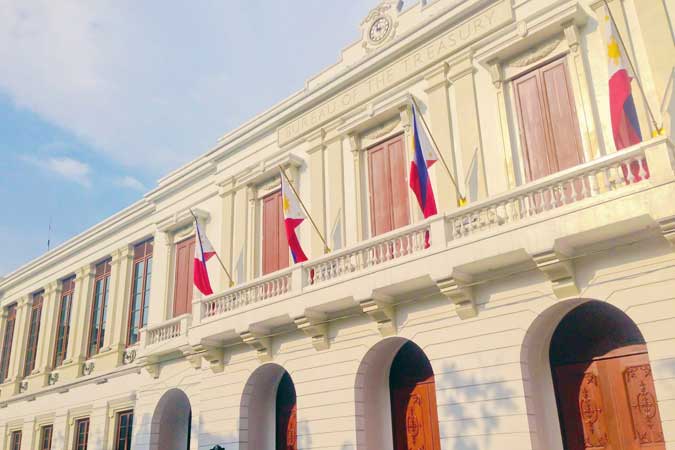 RATE of government securities on offer this week is likely to rise after economic managers slashed the country’s growth outlook and as investors wait for the Treasury’s borrowing plan for September.

On Tuesday, the BTr will auction 35 billion pesos of 20-year reissued Treasury bonds (T-bonds) with a remaining term of 11 years and seven months.

A bond trader said T-bill rates will continue to move sideways, while 20-year T-bills could fetch a higher average yield of between 4.2% and 4.375%.

“The bulk of FXTN issuance is between the bottom and along the curve this month as the market anticipates the supply for September,” the trader said via Viber.

The trader added that the government’s decision to lower its growth target, as well as comments from Bangko Sentral ng Pilipinas (BSP) Governor Benjamin E. Diokno that the central bank is unlikely to reduce the reserve requirements of banks anytime soon, could also affect yield movements this week.

A second bond trader also expects short-term debt yields to move sideways, but gave a higher forecast of 4.25-4.4% for the yield on 20-year securities.

“Investors will continue to charge a bit higher rate for this bond due to the frequency of the offer and the content,” the trader said via Viber.

The Inter-Agency Development Budget Coordinating Committee on Wednesday lowered its gross domestic product (GDP) growth target for the year to 4-5 percent from the target already lowered from 6 percent to 7 percent after the government again tightened restrictions in Metro Manila and other parts of the country. due to an upsurge in coronavirus infections.

Meanwhile, Mr Diokno said earlier that the reduction in lenders’ reserve rates would now be “untimely and unwarranted.Fied ”because there is still a lot of liquidity in the Financial system.

On Friday in the secondary market, the 91-, 182- and 364-day Treasury bill rates were 1.138%, 1.43% and 1.624% respectively, based on the PHL Bloomberg valuation benchmark rates published on the Philippine Dealing System’s. website.

Meanwhile, the yield on 10-year bonds, which is the benchmark closest to the remaining life of 20-year papers reissued on offum Tuesday, was 4.088%.

The BTr raised P15 billion as planned via the treasury bills it offLast week, the auction drew 53.276 billion pesos in tenders, making it 3.6 times oversubscribed.

Broken down, it borrowed 5 billion pesos as planned via the 91-day papers at an average rate of 1.066%, slightly higher than the 1.064% quoted in the August 16 auction.

He also raised 5 billion pesos as scheduled from the 182-day treasury bills. The average yield on six-month debt stood at 1.407%, unchanged from the previous week’s level.

Finally, the Treasury made a full allocation of 5 billion pesos of the 364-day securities it offered, the average tenor rate falling to 1.617% from 1.625% previously.

Meanwhile, the last time the BTr auctioned off the reissued 20-year treasury bills on offum Tuesday was June 29, when he granted a full 35 billion peso allotment on offers worth 65.265 billion pesos.

The government wants to borrow P3 trillion from domestic and external sources this year to help finance a budget ofFicit reached 9.3% of GDP. – BM Laforga

“It’s not really price transparency”: pharmacies push back Surescripts and the GoodRx agreement