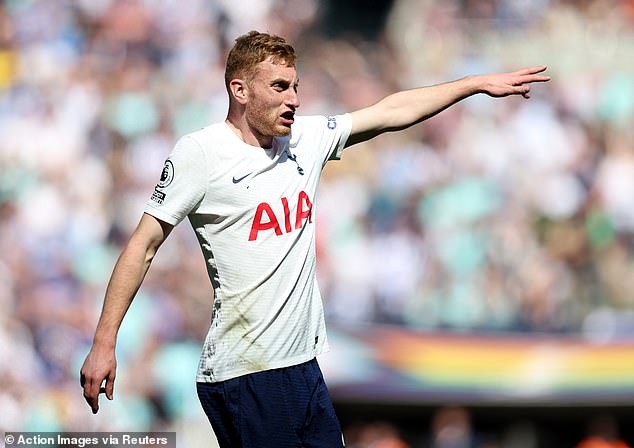 Tottenham’s Dejan Kulusevski should have been sent off against Brighton

Tottenham’s Dejan Kulusevski should have been sent off against Brighton after appearing to throw an elbow in the face of Marc Cucurella, insists Jermaine Jenas… as Glenn Murray calls the yellow card an ‘unbelievable decision’

By Jacob Ranson for Mailonline

Former Tottenham midfielder Jermaine Jenas insists Dejan Kulusevski should have been sent off for violent conduct.

The Sweden international showed his frustration in their Premier League clash with Brighton & Hove Albion with an act of petulance when he elbowed Marc Cucurella in the 27th minute.

Match official Craig Pawson immediately issued a warning to the January loan signing from Juventus, but replays suggest Kulusevski was lucky not to have been given his marching orders. 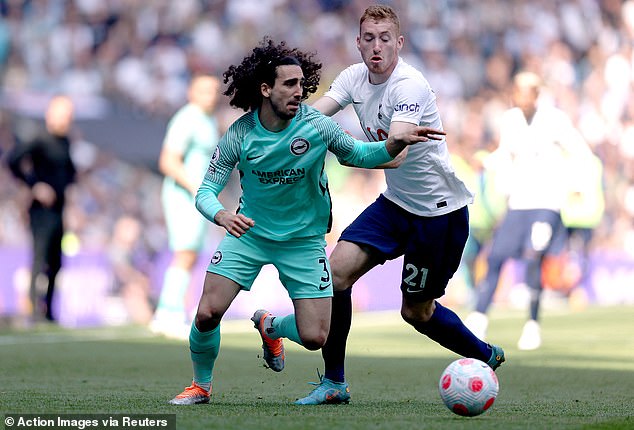 Pundit Jenas was shocked not to see Pawson draw a red card from his pocket and thinks Spurs are very lucky not to have gone down to 10 men.

“No, I think it’s a red card. I think he is trying to use force, which falls under the violent conduct rule, he is trying to elbow Cucurella in the face,” Jenas told BT Sport.

“This is subjective to the referee and how they see it or read it.” The problem I had is I don’t know how he didn’t see this as an attempt to hurt someone, which would fall under the violent conduct rule and be a straight red card. 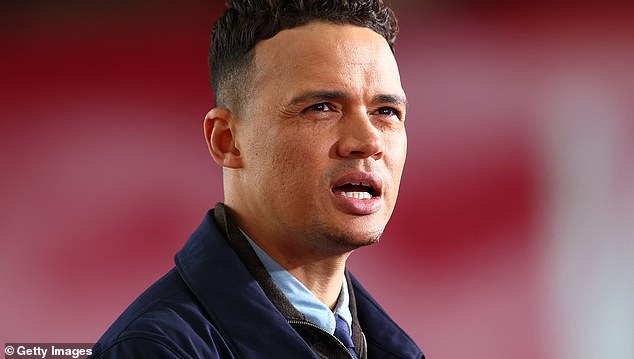 He added: “If it’s a punch that’s missed, what’s the difference that he’s trying to hurt someone and that’s why it’s a red card.” He was also missed by Lee Mason on VAR.

Fellow pundit and former Brighton striker Glenn Murray agreed with Jenas as he described it as an “incredible decision”.

“It’s an incredible decision, it’s a 100 per cent red card, there’s no doubt in my mind.

“If Craig Pawson can’t see that, the ball is gone. Kulusevski is literally trying to take the lead from Cucurella. 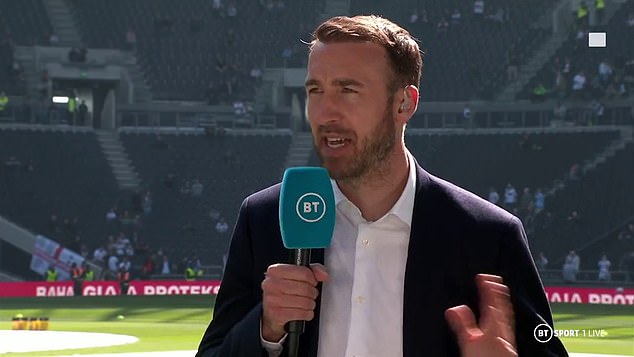 “That’s where VAR has to come in. That’s why we brought it into the game, even if Craig Pawson walks over to the monitor to see something he just missed.

“That’s why we have a VAR for these contentious decisions. Tottenham are very, very lucky.

On the opposition, Enock Mwepu may have also been lucky to get through the first half as he picked up an early yellow card before getting away with two fouls which arguably saw him pick up a second yellow. 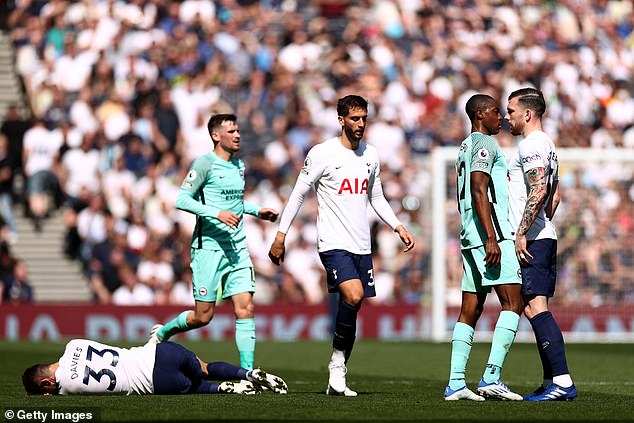 Brighton midfielder Enock Mwepu (pictured, right) may also have been lucky not to see red

I don’t think he should have gotten a yellow for this one. I think he’s really trying to drop the ball, he’s not looking over his shoulder and seeing Ben Davies coming at all,’ Murray said.

‘It’s awkward, but I think the next one. I think it happened so soon after, it was naivety and he just stepped on (Pierre-Emile) Hojbjerg.

“For me, so many fouls in such a short time, I think it’s a red card.”

Jenas added: “Brighton were the better team and really frustrated Spurs, but those challenges, maybe he thought he was wrong and tried to level it with Mwepu.”

How do I renew my US passport? | Letters to the Editor