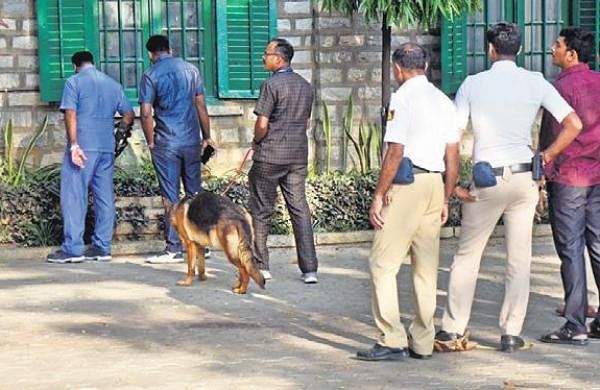 BENGALURU: It turns out that 15 schools, not 14, received bomb threat emails on April 8. A reputable private school noticed the bomb threat email on Monday, three days after it was sent! – after which they alerted the police, who thoroughly searched the premises and confirmed it was a hoax.

Cubbon Park Police are considering bringing a negligence claim against the school, the reputable Bishop Cotton Girls’ School in St Mark’s Road, for reporting the threat three days after receiving the email.

The school management informed Cubbon Park Police on Monday afternoon that they also received a bomb threat email on Friday, as did 14 other schools in the outskirts and rural areas of Bengaluru. The school alerted the police around 3:30 p.m., ten minutes after learning of the email.

A team of police along with bomb disposal and sniffer dog teams rushed to the school and conducted a thorough search until 5 p.m. to discover that it was also a hoax as in the 14 other schools. A senior police officer said the school principal checked the mail on Monday afternoon.

Maruthi, a police inspector from Cubbon Park police station, said: “There were no children in school as the exams were over. We asked the principal to give us a valid reason in writing for his failure to see the email sent to him on Friday and to alert the police on Monday.

If the reasons are not justified, a negligence case will be filed against the school. An FIR was also filed against the disbelievers Monday night. On April 8, 14 private schools in and around the city received similar emails claiming that “powerful bombs” had been planted on their premises.

Staff NOT KNOW?
Two staff members at Bishop Cotton Girls School told TNIE that they were not aware of any threats to their school, but had heard of such letters being sent to other schools. The school had no students as the final and model exams ended on April 4. Repeated attempts to contact the school administration and principal, Dr. Lavanya Mithran, elicited no response.

Police Commissioner Kamal Pant said five teams had been formed to investigate fraudulent emails sent to schools. “A team of experts from the cybercrime wing is trying to trace the source of the emails and track the miscreants who sent the emails,” he added.