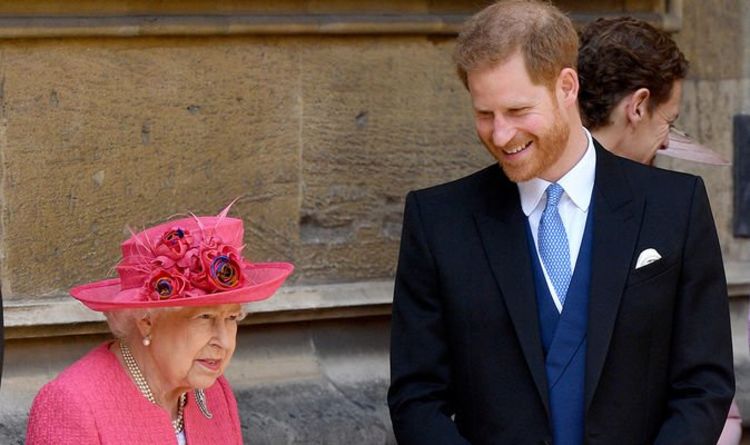 The palace would be keen to see Prince Harry’s memoir before it is published, according to a royal commentator. Mail on Sunday deputy editor Kate Mansey has said the Duke of Sussex’s tell-all book is nearing completion. Prince Harry’s impending memoir is set to be released in the autumn, following the summer celebrations of the Queen’s Platinum Jubilee.

“That’s another thing that needs content, that has a deadline.”

Ms Mansey said: “He’s got this great ghostwriter and he’s coming out this year.

JUST IN: Prince Harry in dire condition due to ‘painful’ family issues

She continued, “They just have to dot the i’s and cross the t’s at this point.

“It’s been reported that the Palace wants to see it before it’s published, but I can’t imagine any American publisher wanting to show it to them in advance.

“It’s such a terrible time with the Queen’s Platinum Jubilee this year. Jubilee should be a time of celebration.”

Daily Mail newspaper editor Richard Eden added that the Queen ‘deserves the courtesy to see it before it is published’.

He added: “I am deeply grateful for the opportunity to share what I have learned in my life so far and delighted that people are reading a first-hand account of my life that is accurate and completely truthful.”

The Mail’s royal editor, Rebecca English, said the book is a “sort of hidden bomb which is due out later this year”.

It comes as Prince Charles reportedly extended an olive branch to Prince Harry, asking him to stay home due to heightened security concerns during his visit to the UK.

The Prince of Wales also praised the Duke of Sussex for his environmental efforts in his recent essay on climate change for US magazine Newsweek.

Save on chocolates, candles and clothing