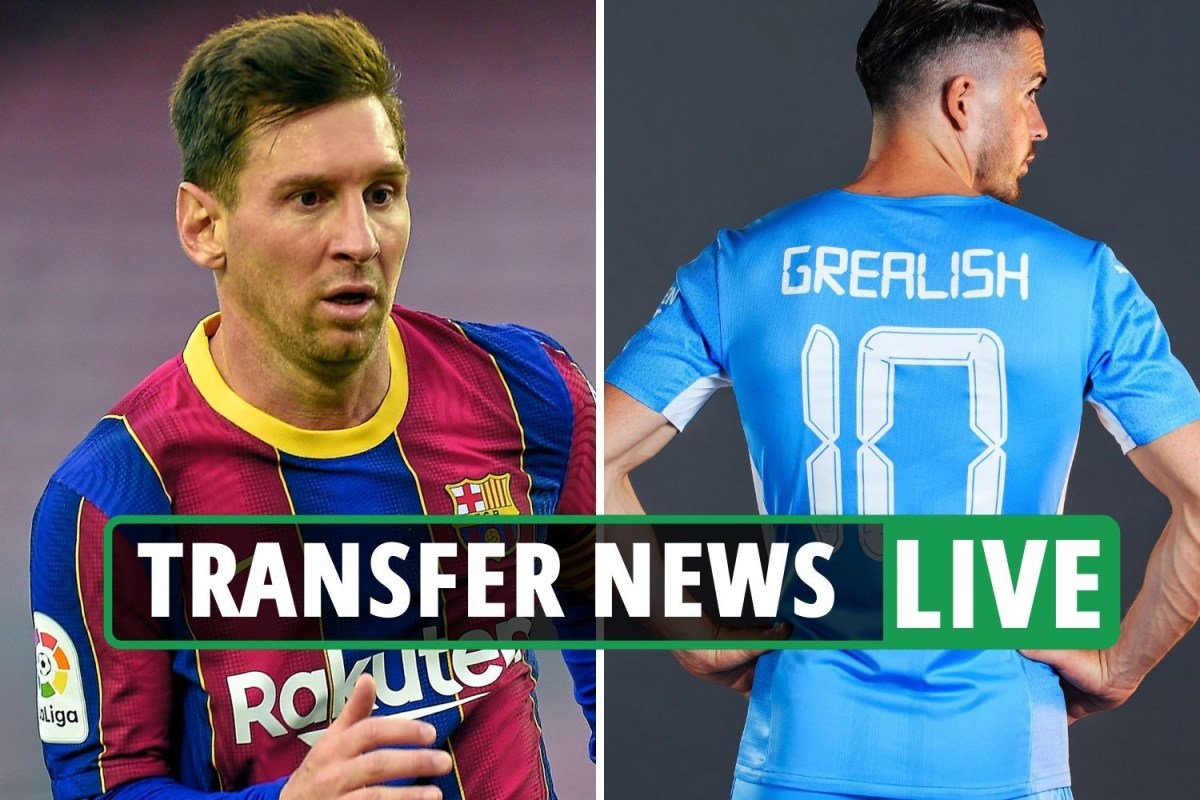 What an incredible dramatic day yesterday in the world of football.

Jack Grealish was officially unveiled as Manchester City player as he became the most expensive Englishman of all time in a record-breaking Â£ 100million Premier League deal.

But it was the news that followed that sent shockwaves through the sport.

Lionel messi WILL BE leave Barcelona this summer.

After 17 years in the Barcelona first team, the Argentine will leave Camp Nou after the breakdown of contract talks between him and the Catalan club.

We’ll keep you posted on who’s leading the race to sign the 34-year-old.

And Inter Milan are said to be set to accept an offer from Chelsea for Belgian striker Romelu Lukaku.

The Nerazzurri have rejected an offer of Â£ 85million plus the Blues’ Marcos Alonso, but another offer in the range of Â£ 100-110million is expected.

And Lukaku has told Inter he would like to leave, the 28-year-old keen to right some wrongs from his previous stamford stint.

Argentina center-back Cristian Romero is expected to be unveiled as a Spurs player today after a Â£ 43million transfer plus Atalanta additions.

The 23-year-old joins the north London club after winning the Copa America with his country and comes to replace Toby Alderweireld at the heart of the defense.

Queen Elizabeth’s funeral: the world says goodbye to Her Majesty