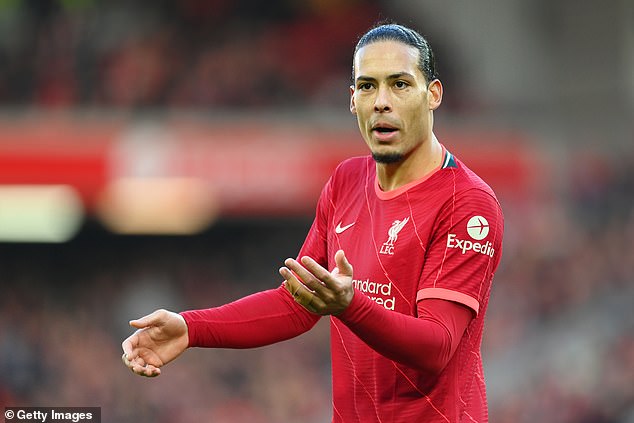 Kevin De Bruyne picks his best 5-man squad and includes ‘the incredible’ Virgil van Dijk, Manchester City team-mate Bernardo Silva and PSG stars Lionel Messi and Neymar… but DOES NOT include himself

By Abdi Rashid for Mailonline

In a recent chat with Rio Ferdinand, the Belgium international was asked to choose his top five players – without goalkeepers.

De Druyne complimented the Liverpool defender when Ferdinand asked if he was the best defender in the world.

He said, “I think he’s up there. He was amazing before his injury, obviously he had his ACL.

“He came back to a very high level. It’s very difficult to always say “he’s better than that…” but he’s probably in the top three in the world alongside Ruben [Dias] and a few other players. I think he deserves it.

Instead of choosing himself in midfield, De Bruyne opted for teammate Silva in the middle of the park and likened him to a City legend.

He said: “In small spaces he is amazing. He reminds me a bit of David (Silva).

“He’s a daredevil, people hate that about him. He gives you a bit of everything and with the team I have he fits in perfectly. His quality this year has been incredible.

The decision to place Kante in midfield seemed like an easy decision for De Bruyne as he said: “I need (N’Golo) Kante!”

PSG duo Neymar and Messi – whom De Bruyne has faced twice this season – make up his side’s attack at 5.