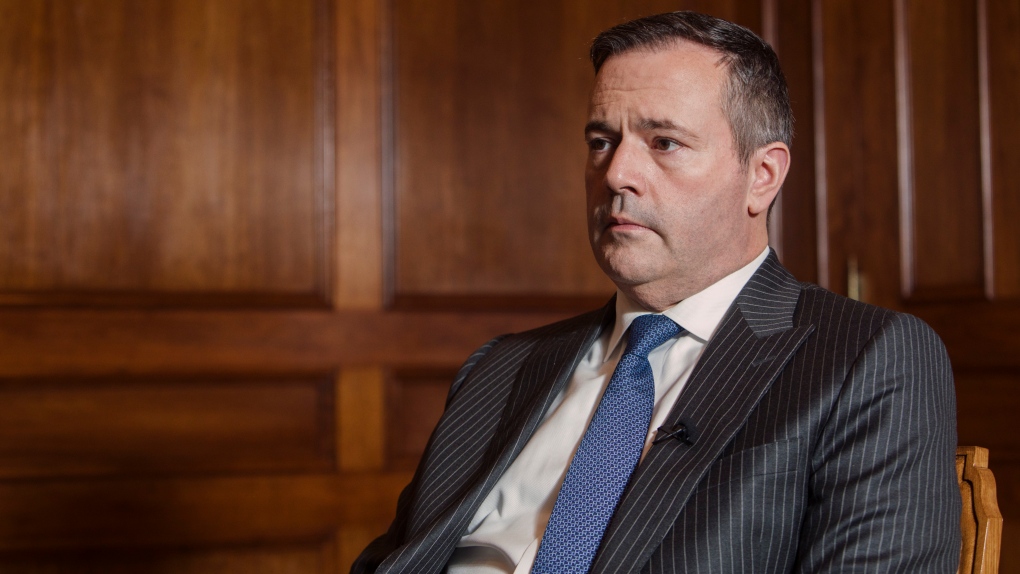 The battle for Alberta premier won’t be decided in a hotel ballroom, but rather by mail-in vote, after the United Conservative Party’s board of directors decided on Tuesday to change the rules of its next management review.

“We have responded to the thousands of you who have asked us to make it easier for our grassroots members to attend, eliminating registration fees and the need to travel,” Moore wrote in a letter to members.

The vote, and how it should be done, was already shrouded in controversy.

UCP MP-elect Brian Jean has been rallying support for months in a bid to defeat Kenney, and last week a government staffer issued an ‘urgent’ appeal for help to save the job of the prime minister.

On Monday, sources told The Canadian Press that the UCP was considering allowing voting over three days, each day in a different city: Edmonton, Red Deer and Calgary.

On Tuesday, 33 riding association presidents wrote a letter asking that the vote stay in Red Deer and only there. These requests were reflected by Jean.

“Changing the rules AFTER membership sales close will make a lot of Albertans very angry,” he wrote on Facebook Monday.

“A lot of people made decisions based on the fact that it was one day in the same place. They believed what they were told and now they are disenfranchised.”

The latest leadership showdown between Kenney and Jean is still ongoing RCMP investigationa contest that attracted tens of thousands of dollars in fines.

“At the end of the day, this is a serious lack of trust between UCP members and the party’s executive/prime minister,” political scientist Duane Bratt tweeted on Tuesday.

People who paid the $99 registration fee to vote were offered the option of a refund or donating that money to the party.

“We are moving the April 9 Special General Meeting online so that every member can participate,” Moore’s letter said.

Moore said a national audit firm will oversee the vote and more information will be released “in the coming days.”


With files from The Canadian Press

Deal alert: Add AppleCare to any Mac Studio for just $1