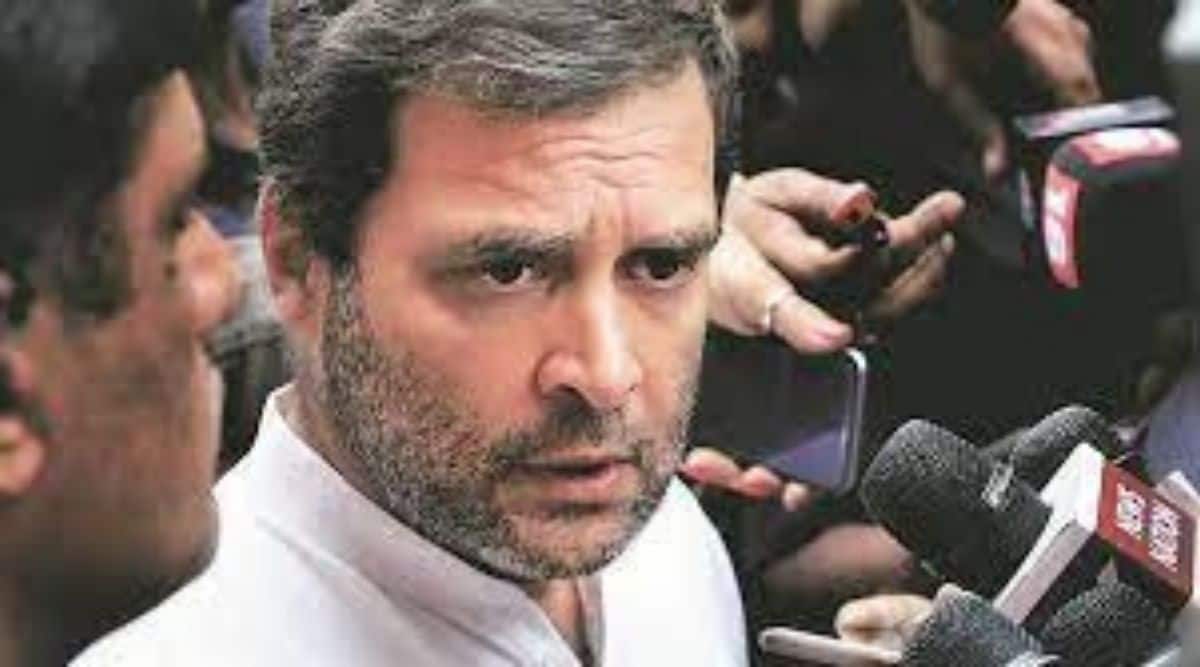 Less than a month after Congress held a three-day Chintan Shibir in the temple city of Dwarka, more than two dozen party MPs have written to Rahul Gandhi, requesting a meeting with him ‘to discuss’ strategy for the Gujarat Assembly elections to be held later this year.

MPs gathered in the office of the Leader of the Opposition (LoP), Sukhram Rathva, in Gandhinagar on March 9 and wrote a letter to Gandhi, requesting a meeting with him.

“We wrote this letter a day before the announcement of the Assembly election results in five states. About 23 deputies signed it. Through the letter, we have requested time from Rahul Gandhi to discuss the strategy for the Assembly elections,” said Lalit Kagathara, Congress MP from Tankara Assembly Headquarters in Morbi District. , at The Indian Express.

The Congress has 65 seats in the 182-seat Gujarat Assembly, where the budget session is held, for which the majority of MPs are in Gandhinagar.

At Chintan Shibir in Dwarka the last week of February, Rahul Gandhi addressed around 500 delegates, including party MPs. At an informal meeting in the office of the leader of the PLC, we offered to write to Rahul Gandhi and seek his appointment to discuss strategies for the upcoming assembly elections and that anyone who wants to go to Delhi do so at its expense. After 23 of us agreed to go to Delhi, we emailed Rahul Gandhi,” Vasoya said.

Although Thakor and Sharma could not be reached for comment, Rathva said there was nothing unusual about MPs seeking to meet the Congress leader.

“At Dwarka Chintan Shibir, Gandhi had told MPs to meet him in Delhi. MPs are simply asking for time for this meeting through the letter… Gujarat Pradesh Congress Committee Chairman Jagdishbhai Thakor and AICC Gujarat Officer Raghu Sharma are aware of the letter” , Rathva said. “People have the freedom to approach higher forums if they are not satisfied after making representations to the president of the state and the AICC in charge,” he said. added.

A technical group led by former GPCC chairpersons Amit Chavda and Siddharth Patel told Chintan Shibir that currently elected leaders are given prominence while those holding positions within the organization do not receive their due. The group recommended that he change to encourage people to work in the party organization and thus strengthen the party.