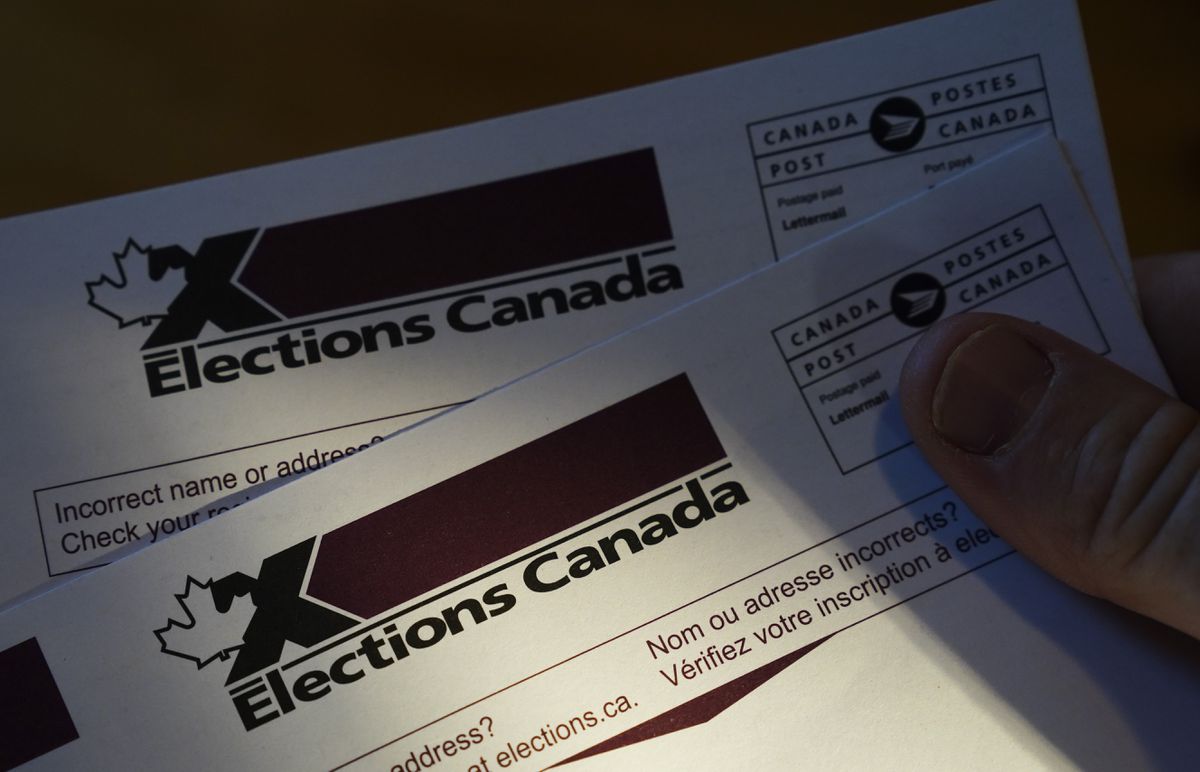 Federal elections in Canada: how does postal voting work?

When are the next federal elections in Canada?

Canadians will go to the polls on September 20. But this election campaign, held amid the COVID-19 pandemic, many Canadians are expected to vote early by mail.

Who can vote by mail in Canada?

All eligible voters can choose to vote by mail (in Canada, this is anyone who is 18 years of age on election day, September 20). Elections Canada says all eligible voters can apply for what the agency calls a “Special bulletin”. This is available for those who vote outside their home constituency and those who vote from their home constituency who prefer not to go to a polling station.

How do voters request a mail-in ballot?

Eligible votes must ask to vote by post with proof of identity and address. Once a voter has requested to vote by mail in person or online, Elections Canada says you cannot vote at advance polls or on election day.

If you vote by special ballot, you will not get a ballot with the names of the candidates. Instead, Elections Canada will provide a ballot with a place to write in the name of your preferred candidate. Voters do not need to provide the name of the political party; however, if you provide only the political party (Liberal, Conservative, NDP, etc.), your vote will not be counted.

Once your special ballot is filled out, be sure to place it in the unmarked envelope provided by Elections Canada and follow the agency’s instructions, then return your ballot. Voters are not required to provide a stamp for the envelope, postage is prepaid.

What are the deadlines for mail-in ballots?

Elections Canada recommends that voters apply as soon as possible. This is to allow time for the voting kit to arrive and be returned on election day (September 20).

Elections Canada will not count any ballots arriving after the deadline. Voters can contact Elections Canada (1-800-463-6868) to confirm that the ballot has been received.

How many mail-in ballots is Elections Canada expecting?

Elections Canada expects more Canadians to vote by mail than in previous elections. The agency expects between two million and five million people to vote by mail – a big increase from the roughly 50,000 who voted by mail in the last federal election in 2019. Elections Canada says that the reluctance linked to the pandemic to travel to polling places is expected to drive the increase.

How will the spike in special ballots change the campaign?

The Liberals, Conservatives and NDP released their platforms earlier to reach people who could vote before September 20. The Green Party has yet to release a full platform. In most cases, it is believed that it is party loyalists, not indecisive voters, who vote early, which creates an advantage for the parties. Instead of focusing entirely on the typical one-day push for polls, campaigns can try to reach voters over several weeks.

The rise in mail ballots, along with improvements to early voter targeting earlier, means parties can focus on pivotal constituencies where the election is up for grabs, said Ken Boessenkool, former government strategist. Conservative Party and Speechwriter for Stephen Harper.

Elections Canada said it has taken a close look at the five most recent provincial elections, all of which have seen spikes in postal or special ballot votes due to the pandemic. For the federal election, it plans to hire more than 250,000 employees, has purchased more than 18 million face masks for in-person voting, and reassures voters that its postal ballot verification system is secure.

According to Elections Canada, millions of ballots may not be counted until the September 20 poll.

The agency said the results would be released in waves after the September 20 vote. The impact of the increase in the number of mail-in ballots on the results on election night depends on whether the number of ballots not counted that night is large enough to make a difference.

Have a question about voting in Canada’s 2021 federal election? E-mail [email protected]

Follow the party leaders and their position on the issues of this electoral campaign by subscribing to our Morning or evening update newsletters.

For subscribers only: Get exclusive news and political analysis by subscribing to the Policy briefing.

A list of the best offers, sales and freebees