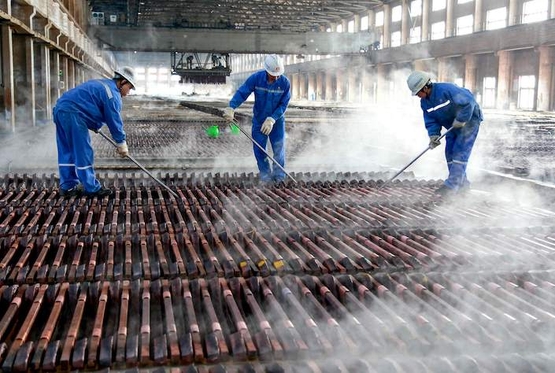 China Yangtze Power Co. Ltd. (600900.SH) expects to acquire the Wudongde and Baihetan hydropower stations from China Three Gorges Corp., Yangtze Power’s largest shareholder, over the next five years, Yangtze Power said. The timing will depend on market conditions, the company said. The Wudongde hydropower station was completed and all 12 generators were producing electricity as of June 16. The second phase of the Baihetan station went into operation June 28, and all units are expected to be deployed by July 2022.

Airline and airport staff exposed to international travelers, imported goods and flight equipment will be required to undergo daily nucleic acid tests, and those working alongside such staff need to take two tests a week no less than two days apart, the administration said Tuesday in a notice. The eastern city of Nanjing tightened travel restrictions and launched mass testing in response to a cluster of more than 200 infections transmitted locally since July 20, many of which involve the fast-spreading delta variant.

PipeChina to accept applications for long-term use of LNG terminals

China’s production of nonferrous metals will maintain steady expansion in the second half of the year, Jia Mingxing, vice chairman of the China Nonferrous Metals Industry Association, told a press conference Aug. 3. At the same time, growth will run at a slower pace, bringing the full-year increase to around 5%, Jia said. Meanwhile, prices of nonferrous metals are expected to pull back from record highs after a gradual release of supplies from state reserves.

Jilin Electric Power Co. Ltd. (000875.SZ) signed a strategic cooperation agreement with Shanghai Environment and Energy Exchange. They will work together on promoting construction of a low-carbon trading center in Changchun, Jilin province, as well as the construction of a regional emissions reduction trading market.

Datang International Power Generation Co. Ltd. (601991. HS) issued 2 billion yuan ($ 309 million) of super and short-term commercial paper Aug. 2 with a maturity of 81 days and a coupon rate of 2.1%. The proceeds will be used to repay interest-bearing debt.

Shanghai Electric Power Co. Ltd. (600021. SH) and Shell China Ltd. set up a strategic partnership covering a wide range of businesses including hydrogen energy, clean energy, and carbon capture and storage in the domestic and international markets. The parties said they will also step up efforts to jointly promote the implementation of key projects.

Chinese state-owned energy conglomerate China Energy Engineering Co. Ltd. said its first-half profit is expected to rise 140% to 180%, largely due to a low comparison base a year earlier when the pandemic brought economic activity in much of China to a halt.

Download our app to receive breaking news alerts and read the news on the go.