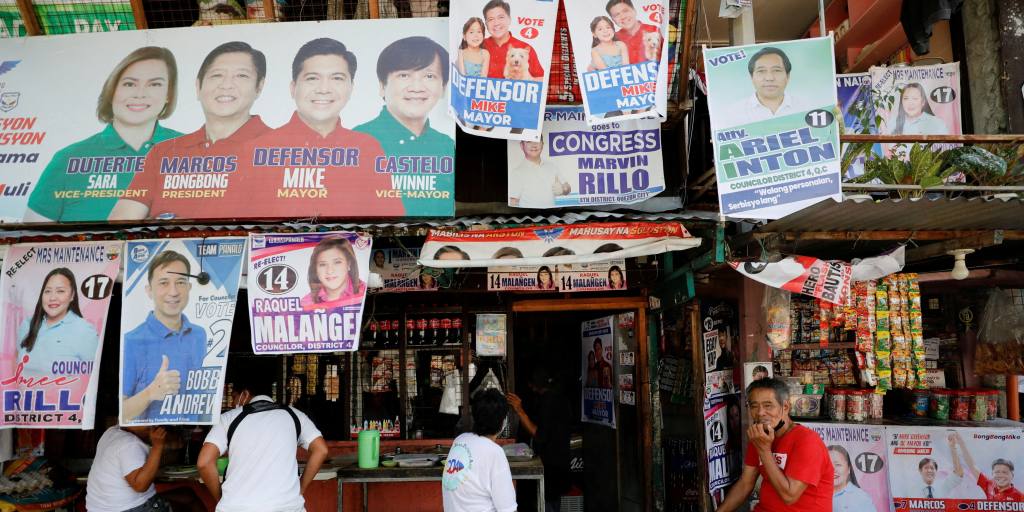 Welcome to your week in Asia.

On Monday, the Philippines will hold elections to choose its new leaders for the next six years, while early voting for Australia’s federal elections also begins. South Korea’s new president Yoon Suk-yeol takes office on Tuesday. Major Japanese companies, including SoftBank Group and Toyota, will release their annual results later this week.

Get the best of our Asia coverage and more by following us on Twitter @NikkeiAsia.

Elections in the Philippines

The Philippines is holding a general election with 18,100 positions up for grabs, from president to city council officers. Ferdinand Marcos Jr., the son and namesake of the late dictator, is tipped to win the presidency, while Sara Duterte, the daughter of incumbent President Rodrigo Duterte, is on track to land the vice presidency, based on the latest opinion polls.

Learn more: Countdown in the Philippines to Election Day: 5 things to know

Yoon Suk-yeol will be inaugurated as President of South Korea. The prosecutor-turned-politician won a slim election victory in March. However, the 61-year-old political novice has little time to enjoy the moment as he faces tough political and economic challenges. These include North Korea’s nuclear weapons program, US-China tensions and high inflation.

China’s inflation data for April will come back into focus after rising fuel prices last month. The increases were triggered by the war in Ukraine, which also pushed up the prices of key industrial commodities. The country’s producer price index and consumer price index rose 8.3% and 1.5% respectively year-on-year in March.

Trading in Tencent-backed KE Holdings begins trading on the Hong Kong Stock Exchange. China’s real estate agency applied for this dual primary listing – a route that paves the way for mainland Chinese investors to buy shares through HKEx’s trading link with Shanghai and Shenzhen markets – less than two years after its IPO At New York.

It joins a slew of U.S.-listed Chinese companies seeking secondary listings closer to home as they face expulsion from U.S. stock exchanges by 2024 if they don’t allow U.S. regulators to review their records audited under a 2020 law. On April 21, KE Holdings was added to the list of entities subject to eviction from U.S. stock exchanges on the U.S. Securities and Exchange Commission’s list.

Sunac China Holdings, one of mainland China’s largest real estate developers by contract sales, is facing the end of a 30-day grace period for a missed interest payment on an offshore bond. The company failed to make the $29.5 million coupon payment that was due on April 11. If the company cannot fulfill its obligation by the end of the one-month moratorium period, it will be declared in default. The $750 million bond carries a coupon rate of 7.95% and is expected to mature in October 2023.

Sunac issued a profit warning on March 21 stating that its net profit for 2021 fell about 85% from a year ago. But it had not released an audited annual result by the March 31 deadline. Meanwhile, its contract sales fell 53% in March and 75% in April, respectively.

US President Joe Biden will host a special summit with top leaders of the Association of Southeast Asian Nations in Washington, DC, to commemorate 45 years of relations with the regional bloc. During the two-day event, leaders are expected to discuss regional and international topics, including the Russian-Ukrainian war and the worsening political crisis in Myanmar. The special summit will be the group’s first in-person meeting since 2017.