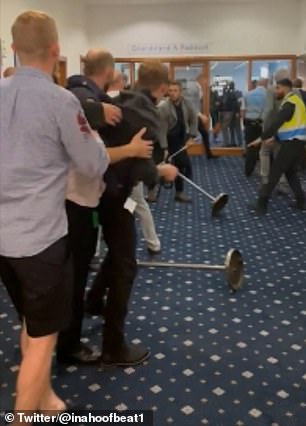 Here we go ! ‘Disgusting’ thugs start a vicious mass brawl at Newmarket races as they fight each other and with security personnel

By Gemma Parry For Mailonline

Images have emerged online of a mass brawl that broke out during the Newmarket races this weekend.

Video shared on Twitter showed the moment the brawl broke out at Suffolk Racecourse on Saturday, with a man captured picking up what appeared to be a table to use as a weapon.

A man is shown with blood on his shirt, while in the background another punches one of the many security guards trying to break up the fight.

The fight started in the betting ring, where legendary jockey Jamie Spencer won today’s big race over outsider Bedouin’s Story 40-1, then spilled into the bar. 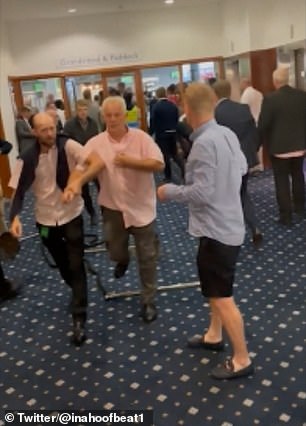 A stunned spectator caught on camera as security guards rushed to the scene to end the brawl.

” First return trip to Newmarket in [two] years, and these idiots ruined a day with the family, ”they wrote.

“The poor security personnel and the racing fans who must have witnessed it! Nasty thugs who should no longer be allowed on a racetrack!

“It was even worse up front. I felt so bad for safety, so many people involved and totally outnumbered. People picking up furniture and using it as weapons; glasses thrown away – really nasty! ‘ 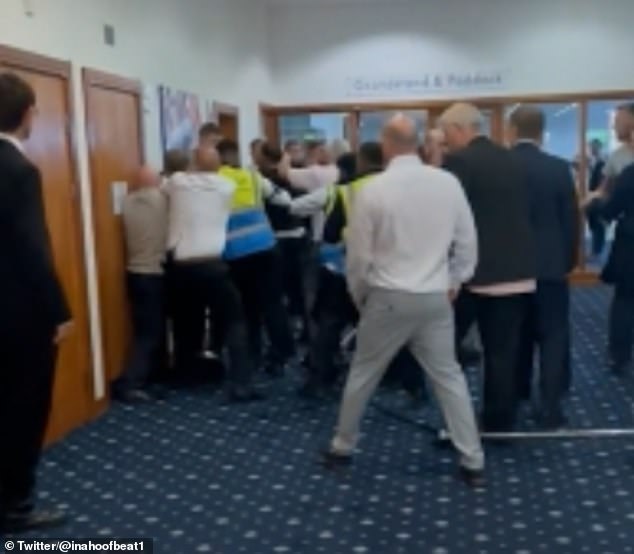 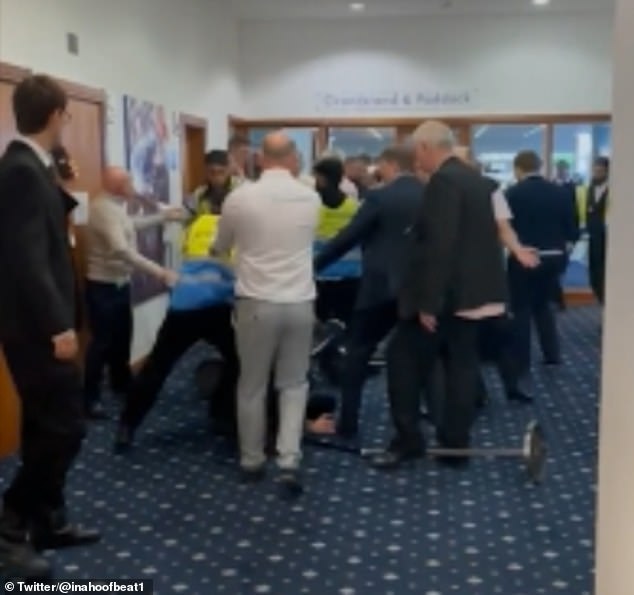 No arrests were made and a spokesperson for Newmarket Racecourse said: “There was an isolated disturbance after the end of the race, which was quickly dealt with by security.

“The case has been referred to Suffolk Police because such behavior is unacceptable.

“Otherwise, almost 7,000 spectators had a fantastic day at Newmarket without incident.

This is the second fight in as many months to hit an English racetrack.

A 26-year-old man was arrested on suspicion of a brawl, causing bodily harm and possession of cocaine during a fight at Goodwood in August.

10 bargains not to be missed on Sundays