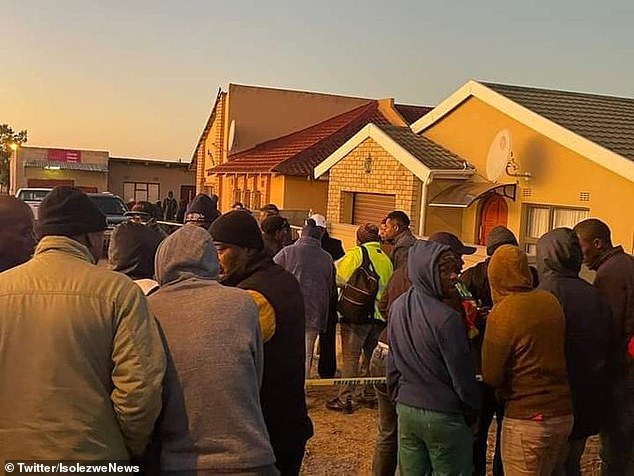 At least 20 ‘students’ died in South African nightclub as they ‘celebrated end of exams’: Police investigate deaths in southern township as victims were ‘poisoned’

By Jack Wright for Mailonline

At least 20 people have been found dead in a nightclub in South Africa amid claims they were poisoned.

South African authorities said police rushed to the Enyobeni Tavern in Scenery Park, a township in the southern city of East London, in the early hours of Sunday after receiving information from the public.

Brigadier Tembinkosi Kinana said those killed at the club were all between the ages of 18 and 20.

Eastern Cape provincial community and security department official Unathi Binqose ruled out a stampede as the cause of death. He said he understood the customers to be students “celebrating the pens, a party held after (high school) exams.”

However, regional newspaper DispatchLive reported that those who died had been exposed to some kind of poison.

A group of people stand outside the Enyobeni Tavern in Scenery Park, South Africa 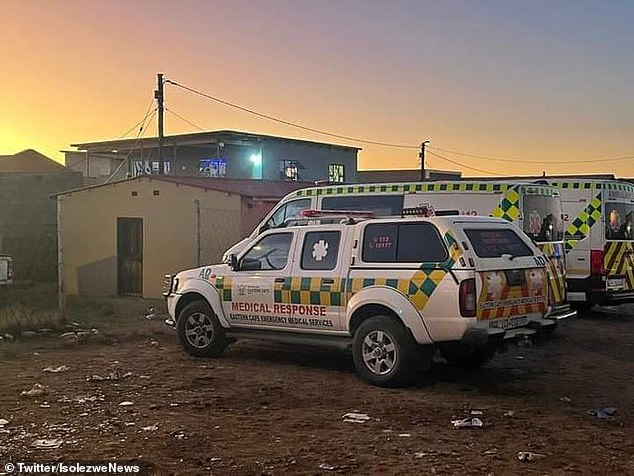 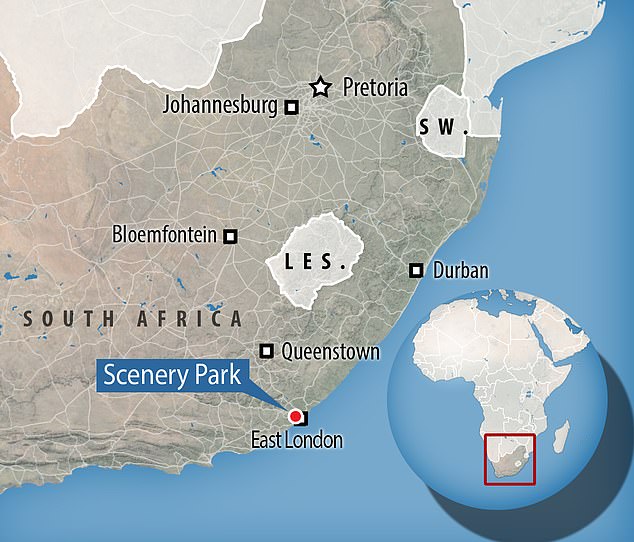 They added: “Bodies are strewn across tables, chairs and on the floor; without any obvious signs of injury.

Unverified footage shared on social media showed bodies with no visible signs of injury, strewn across the club floor.

Local television showed police trying to calm a crowd of people gathered outside the club in the town, located on the Indian Ocean coast, nearly 620 miles south of Johannesburg.

Mr Kinana said the continuous news channel Newzroom Africa: ‘The SAPS confirms that around 17…were found dead in a local hut in Scenery Park, in the East London area.

“We received this report in the early hours of Sunday. The circumstances surrounding the incident are currently under investigation.

“We don’t want to speculate at this stage. Our investigation is continuing.