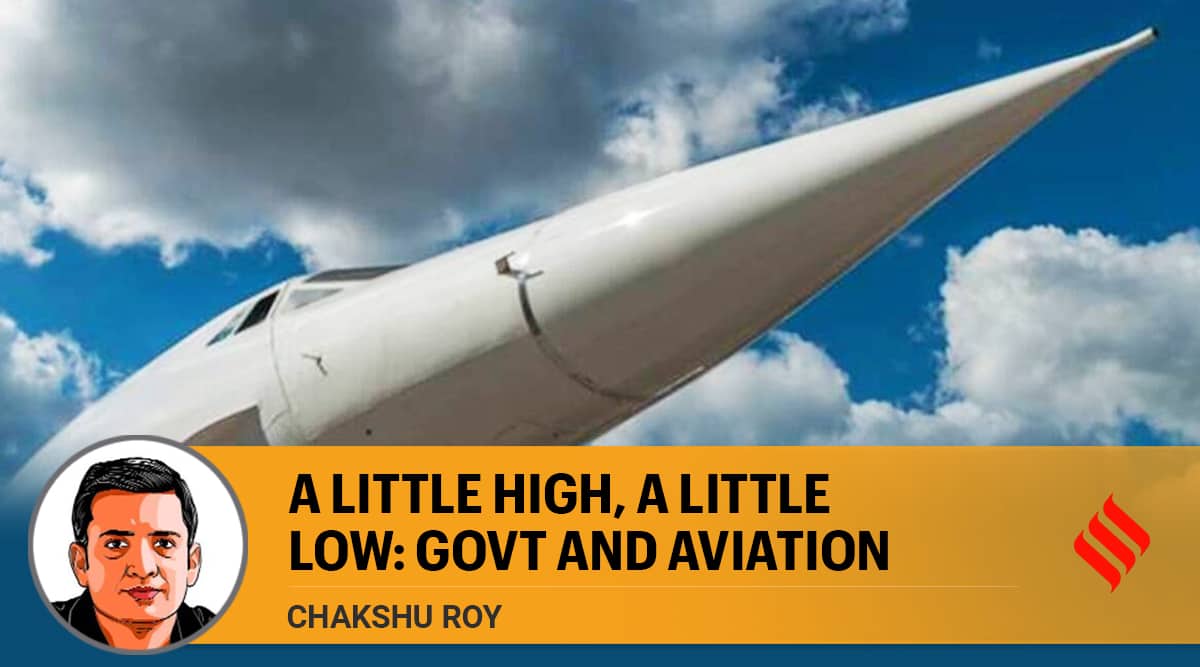 A little high, a little low: government and aviation

In the 1960s, England and France began to collaborate on a passenger plane that would fly faster than the speed of sound. The plane was called the Concorde. It was an engineering marvel, and flying at Mach 2 (twice the speed of sound) would carry passengers between London and New York in three and a half hours. The aircraft’s iconic design of a slim fuselage, swept-back wings, and a lowering nose became synonymous with supersonic travel. In 1964, the Indian government informed Parliament that Air India had paid $ 500,000 to secure the delivery positions on two Concorde.

Across the world, civil aviation has seen the active participation of legislatures. India was no different. In 1911, the legislative council decided to regulate the manufacture, sale and use of airplanes when there was hardly any aeronautical activity. Explaining the timeframe of the law, a member of the government said: “Those who have observed the astonishing progress made in recent years towards conquering the air would be slow to set limits on possible future developments… that’s it. quite within the bounds of possibility that over the next few years the more adventurous members of this Council will fly to Simla by plane instead of a corkscrew train.

Growth of civil aviation would take time in India. Until 1922, there were less than 20 registered planes in the country. Things slowly changed and in the 1930s two private players, the aviation arm of Tata Sons and Indian National Airlines, began operations. Both were paid by the government to transport mail. With an increase in flight activity, the Central Legislature enacted the Aircraft Act 1934 to regulate technical aspects of civil aviation. But the creation of an airline did not require any license from the government. In the late 1930s, another airline joined the fray and operated regional services out of Bombay.

The onset of World War II contributed to the growth of aviation in the country. First, the war resulted in the construction of airstrips, adding to the flight infrastructure. The availability of surplus aircraft at the end of the war encouraged several contractors to start air operations. After the war, the legislature made air transport services a permitted activity. By the end of the decade in 1950, Indian airlines had carried five lakhs of passengers, covering 18 crore miles in 12 lakh hours.

The post-independence parliament nationalized the country’s nine private airlines into two entities. The Air Corporations Act of 1953 created Indian Airlines and Air India International – the first for domestic operations and the second for international routes. JRD Tata has been appointed President of Air India International. Mr. Tata was an accomplished aviator and in 1932 had piloted the Tata Sons Postal Service from Bombay to Karachi. This aeronautical branch of the company was then split into a separate airline and then nationalized.

Mr. Tata was passionate about supersonic air travel. While in New York in 1960 (on Air India’s first flight to the city), he was cited by the media as being strongly in favor of the development of a supersonic airliner. By 1962, Air India had become the world’s first fully jet airline. Two years later, it would ensure its technological superiority by reserving delivery positions on the Anglo-French Concorde and the American supersonic aircraft, one of the few airlines in the world to do so.

The Concorde will fly for the first time in March 1969 and will capture the imagination of the world. The world was finally getting smaller. But the aura around supersonic flight was short-lived. In 1973, a Russian supersonic plane crashed during an air show, raising safety concerns. Then there was the problem of damage to the ozone layer while the Concorde was flying at 60,000 feet. And finally, there was the sonic boom that smashed windows and damaged buildings when the plane broke through the sound barrier. The government informed Parliament that, like many other countries, India had refused permission for supersonic flights to fly over their territory. Rising fuel costs, high operating expenses and low passenger capacity have also caused airlines to rethink their Concorde orders. In 1975, Air India canceled its purchase order for the two Concorde.

The Concorde would come to India on demonstration flights and as part of private charter flights, but never on a regular commercial flight. But Parliament’s interest in civil aviation and Air India would continue. Members would regularly raise questions about the airline’s financial situation and the working conditions of its staff. And during the next winter session, they will focus on its divestment.